We work in Poland, Europe and Africa.

ur mission is to promote intercultural dialogue, diversity as well as exchange of cultural experiences. The objective of our everyday work is to promote tolerance and respect for human rights and fundamental freedoms for all without distinction as to race, sex, language, or religion. We believe that every human being deserves acceptation and respect.

We are the bridge between immigrants and Polish society. We support immigrants culturally and financially, allowing them to integrate better within Polish society and socio-economic reality.

We promote education and knowledge about other cultures and traditions of African and Arab countries.

One of the priorities of the Foundation is humanitarian and development aid with particular emphasis on the extremely difficult region of Somalia.

Our work would not be possible without great work of our Team and extremely precious help and engagement of our Volunteers. We would like to thank everyone for help and support!

THE WAY WE WORK

o you want to help us? This is a number of our bank account, if you would like to make a donation:

You can be sure that we will use all this money to achieve the most important goals of our Foundation – that is to support all migrants in Poland.

Thank you for support!

oundation for Somalia has been established as a Somali-Polish initiative in order to promote intercultural dialogue and policy of diversity, as well as exchange of cultural experiences. The objective of our everyday activity is to promote the idea of tolerance and respect for human rights.

FDS was founded in 2007, registered 15 November 2007. We aim at educating society and expanding knowledge about culture and traditions of African and Arab countries, with particular emphasis on the extremely difficult region of Somalia. One of the priorities of the Foundation is humanitarian and development aid.

Foundation for Somalia wants to promote long-term stability and sustainable development to transform the lives of people in need. Our advocacy program and activities have main components: interreligious and intercultural dialogue, respect for cultural and religious diversity aimed at promotion of integration, human rights and mutual understanding, women and youth empowerment, agricultural development, humanitarian assistance and peace-building.

Since 2008 we have supervised and organised the construction and equipping of the hospital in Adado. Then we arranged the expedition to show the situation in Somalia to a large group of people and thus to raise the awareness of the country’s problems. Since 2011 we have been working in Somalia and Kenya – in Somalia to help people affected by the drought disaster (more: Drought in Somalia), and in Kenya in the interest of the Somali refugees, who fled in mass exodus from Somalia to fight for their lives and survival.

Concurrently to expanding cooperation with our partners in Somalia and Kenya, we have commenced our activity in Poland and since 2009 we have been conducting projects and performing actions promoting intercultural dialogue, cultural experiences exchange and good practices among the youth. The projects turned out to be a great success among young people and showed the importance of their previous activities. Foundation for Somalia also established relations with partner organisations from UK, Sweden, Norway, the Netherlands, Ireland and Denmark.

The year 2011 has been proclaimed International Year for People of African Descent. On 26 January 2011 in UN Information Centre in Warsaw a meeting was held, participated by the government representatives, non-governmental organizations, universities and schools of higher education as well as the UN family in Poland, to discuss the creation of Polish Committee of International Year for People of African Descent 2011. The President of Foundation for Somalia became a member of the Committee.

On 25 November 2011 Foundation became an ordinary member of The Zagranica Group, which incorporates Polish non-governmental organizations which work with foreign partners and are involved in the international development cooperation.

In 2015 our President Abdulcadir Farah Gabeire died tragically in Somalia. Abdul was taking part in Somali presidential elections. He died as a result of an explosion in a car trap.

Since 2018 the Foundation is one of the partners in the project “Support of integration of foreigners in Mazovia” co-financed from the National Program of the Asylum, Migration and Integration Fund. Guided by the needs of migrants we wanted to create a series of services that will help foreigners integrate into Polish society, and allow them to learn about the rules of functioning in the country. We focused on preparing for getting legal job through career counseling, Polish language classes, legal and psychological advice.

In February 2020 our President Elmi Abdi was granted the title of “Społecznik Roku 2019” (social worker of the year 2019) by the magazine Newsweek Poland. 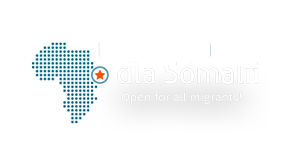 We promote intercultural dialogue, diversity as well as exchange of cultural experiences. The objective of our everyday work is to promote tolerance and respect for human rights.